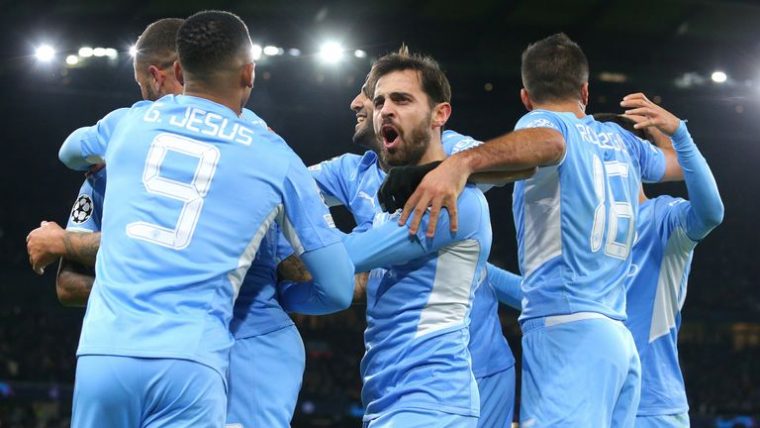 Although the best bets in this write up are backed up by statistics they are not certainties and still could lose. I will use the statistics to point out likely events in these games, and the best bets are the types of bets that I believe stand a good chance of coming in. The best bets will vary in price as this is a case of taking what the stats give us, rather than trying to force bets for the sake of it. I will be as transparent as possible in each write up about why I feel each bet is best bet material. All bets are rated on a 1-3 points system of how strong we believe the chance of it happening is, with 3 being the strongest. This is just an indication of my confidence and should not be taken as advice on what amount to place on a bet, you should only bet what you can afford to lose.

Newcastle have won their last 4 premier league games conceding just 1 goal in the process. They obviously take a step up in class here as they take on quadruple chasing Liverpool. Liverpool beat Villarreal 2-0 in mid week to take a big step towards a champions league final where they will meet either Real Madrid or Man City. Liverpool still sit 1 point behind City in the league and will be desperate to keep Pep Guardiola’s side honest. Liverpool have won 6 of the last 8 head to head meetings, but 2 of the last 3 have ended in a draw and Jurgen Klopp will know any dropped points could be the end of their title hopes. I see this being a good game, Newcastle will be full on confidence and know that a big home win like this could take the good feeling around the club to a new level. I would not be surprised to see Newcastle score, but I just feel Liverpool have far too much fire power and they will come out on top. Corners look a good angle for for as well, as Liverpool are always high on the averages and Newcastle at home will have times when they get forward in the wide channels and build pressure. Cards is not an angle I am mad about but with a vocal home crowd and Liverpool needing the win, It would not be a surprise to see a couple of cards. I see Liverpool winning 3-1 as Newcastle put in a spirited display but ultimately get out classed.

Villa snapped a 4 games losing run I’m their last league game as they drew 0-0 with Leicester. They are 8 points above the relegation zone right now so whilst they are not completely safe and are clearly out of form, it would take quite a turn of events to see them dragged into the relegation picture too much. Norwich have been in the relegation picture all season and sit bottom of the table, 10 points from safety, and anything other than a win will surely mean relegation, which already looks inevitable for the canaries. I feel this could be quite a surprising game. Villa will see this as a great game to bounce back and Norwich simply have to win, so I feel we could get quite an attacking game. I feel there is a good chance we see both teams score as Villa are out of form but are definitely the better team, so should have times where they can dominate. Another interesting sub plot is Dean Smith returning to take on the side he was sacked by earlier this season. I think Villa will come out on top with a win, but I expect Norwich to cause them problems and be in the game. I think both teams score but Villa having more class at their disposal means they just edge out Norwich and barring the biggest miracle in football history, send them back down to the Championship

Southampton have won just 1 of their last 8 league games and are currently in 13th spot. Palace are 2 points below them in 14th and drew 0-0 at home to Leeds in their last league game. From a betting perspective this is not one of the exciting games this weekend with really nothing major riding on it. it is tough to split the teams as they both show glimpses of having the making of a side that can push on into the top half and really start to build something, but they are both inconsistent and still have a way to go to get to where they want to be. I see this being a close game as there is really not much to separate the teams. I’m only going to be having one bet on am entertaining score draw as both these sides have attacking talent, and this is the type of game that could become quite open. With nothing to really play for cards is an angle that I would avoid, and whilst Southampton are solid when it comes to corners, Palace are not and with two sides who have both been in really mixed form of late, it’s not a game where I would be backing anything at short odds.

19th placed Watford play 17th placed Burnley, in a game where a win for Burnley would move them 12 points clear of Watford, and leave Watford 12 points from safety, with only 4 games left to play. Burnley gave their survival hopes a real chance in recent weeks. 7 points from their last 3 games has moved them to 2 points above Everton, and even though they have played a game more, you would say they are in the driving seat right now. Everton play Chelsea on Sunday, so a win here for Burnley would leave a very likely possibility that they could end the weekend 5 points above Everton in the table.  It ended 0-0 when these sides met earlier in the season and I see this being a similarly tight game. Burnley have a better goal difference than Everton so a point here wouldn’t be the worst result for them, but as Watford have to win you know know will be going all out, so you have to wonder will Burnley be temped to try and grab all 3 points here. I favor Burnley and expect them to leave with something, though in their current form I fancy them to get the win in a relatively low scoring game. Corners and cards both look good angles as well. It should be an even game and both sides direct style of play should help with corners, there was 11 when the sides met earlier this season. Cards looks a very strong angle as both sides will be scrapping for everything. I see Burnley edging it, as Watford are sent back to the Championship, and Burnley take another step towards safety

Wolves have lost 3 of their last 4 league games, which will be very disappointing as they are still not out of the race when it comes to qualifying for some sort of European Football. They are 3 points off West Ham with a game in hand and 6 points off Manchester United with 2 games in hand on them, so if they can win these games in hand they are right back in the picture, but their form has fallen off at just the wrong time. Brighton beat Arsenal and Spurs both away from home, before losing 3-0 to Man City and then they drew 2-2 with Southampton last time out. This is not a game where I see there being a lot of goals. Only the top 3 have conceded less goals than Wolves this season, and in terms of goals scored Brighton are on 31 and Wolves 33, to put that in perspective the only sides to score less are Norwich and Burnley, whilst Watford have scored 31 goals and Everton 34 goals, so in terms of goals scored both Wolves and Brighton are mixing it with the bottom 4 teams in the league, it is their defensive records which have got them where they are. I see this being very close, I wouldn’t be surprised to see a goal either way pinch it, but I feel a draw is a highly likely result. With goals and cards it’s not a game I am mad about getting involved in. Cards wouldn’t be a surprise as Wolves can be the type of team to be involved in games with a bit of niggle, and Brighton have a respectable corner average, but I feel this could be quite a slow and cagey game, that ends in a no or low scoring draw.

Leeds are 3 points above Burnley, and 5 points above Everton, though Everton do have a game in hand. So they have not shaken off the threat of relegation completely just yet, and they have a tough run of games coming up as after this they play Arsenal and Chelsea. City are closing in on another Premier League title under Pep Guardiola, but with them just 1 point above Liverpool, they know that any dropped points could be extremely costly. Whilst this game has the potential to be a banana skin for City, as the home fans will be in full voice and Leeds players will be scrapping for everything, there is a clear gulf in class between the sides and the defensive problems that have plagued Leeds all season could easily be exposed here. City won 7-0 when the sides met earlier this season at The Etihad, and whilst I don’t see a score that big, I expect City to come through this test. Corners looks a good angle as Leeds style of play can bring corners, and they will need to be very direct when they get possession in attacking areas which should help. City are always high up on the corner count and should see a lot of the ball as usual, so I expect them to potentially get close to double figures on their own. It’s a game that could bring cards, especially if it remains close, but the way City have been starting games recently its entirely possible they could score 1 or 2 early and at that point cards become.much less likely as even though Leeds will be frustrated, City can keep possession and Leeds players may not even get close enough to land a challenge. I see a pretty routine win for City where they will be desperate for an early goal to silence the crowd and then their heads will turn to Madrid, and the 2nd leg of their Champions League semi final.